Where Are the Women in Israel’s Civics Textbooks?

A survey of five civics textbooks turns up a worrisome picture: only male Supreme Court justices, Daphni Leef was never part of the social justice protest movement and women are shown mostly poking through garbage

By Arie Kizel and Alon Yerushalmi

There has been a growing understanding in recent years that public systems, including the education system, need to be more sensitive to the issue of gender equality. A study conducted at the University of Haifa reveals that civics textbooks in Israel still have a long way to go. As part of the study, we examined the representation of women in books that were supposed to promote an egalitarian approach. The findings are worrisome.

Contrary to the widespread public perception that Hebrew-language textbooks are politically neutral and are intended to convey knowledge and consensual values, studies conducted on textbooks since the end of World War I support the view that state education systems have utilized them as a central tool to ensure uniformity in learning at the national level. Indeed, despite the rising status of various types of media, official textbooks continue to play a central role in teaching and learning in Israel’s high schools, not least in connection with the matriculation exams.

Studies on the representation of women in textbooks conducted from the 1970s until the start of the 2000s, both in Israel and around the world, have revealed a broad range of attitudes: stereotypes, under-representation, diminishment and discrimination. In Israeli textbooks for all subjects, as in the rest of the world, the tendency over the years has arguably been to depict women in a manner incompatible with the principle of equality and with their proper status in society.

We examined how women are represented in five civics textbooks for grades 10-12 in the Jewish secular education system. The books chosen were approved for use by the Education Ministry in recent years, and we examined the question quantitatively, qualitatively and visually. Of the five textbooks, three are earmarked for students who take the level 2 (the minimum out of a possible 5) civics matriculation exam: “Government and Politics in Israel” (2011), “Israel: A Jewish and Democratic State” (2012) and “Being Citizens in Israel in a Jewish and Democratic State” (2016). Two of the books are meant for the level 5 exam (a more difficult test taken only by those who choose, and weighted accordingly): “The Challenge of Welfare in a Jewish State” (2011) and “Religion, Society and State in Israel” (2006).

The civics curriculum aims not only to impart knowledge about the state’s democratic values, its structure and its governing systems, but also seeks to encourage egalitarian and civil thinking. Civics – ezrahut (“citizenship”) in Hebrew – also tries to push students to address the questions of political conflicts, democratic dilemmas and such issues as equal rights or conflicts between rights. The subject provides added value for young people at the end of their high school studies: It aspires, at least declaratively, to help students become active citizens, so they will possess a critical civic consciousness and work to uphold democratic principles.

The study turned up significant disparities between the number of men and women who appear in the textbooks. For example, a total of 138 male politicians are mentioned in the five books, as compared with 11 female politicians. Male presidents of the Supreme Court are mentioned 13 times, but a female president only once. Nor is this only a local “problem”: The books mention 73 male academics worldwide, but don’t refer to even a single female scholar from outside of Israel.

The disparity is not confined to the text. Very few photographs of women appear in the five books, with not one photograph of a woman who is quoted in the book. In contrast, there are numerous photographs of men from a range of fields who are quoted or mentioned in the books: lawmakers, prime ministers, Nobel laureates, judges and professors.

A case in point can be found in one chapter that describes the functions of the government, which includes a photograph from a cabinet meeting in the 1960s led by Prime Minister Levi Eshkol, in which Golda Meir participated as a minister. However, none of the books has a photograph of a cabinet session headed by Meir when she was prime minister, or even of a cabinet meeting with other female ministers present.

In one chapter that deals with the role of the Supreme Court, for example, there is a photograph of an extended panel of the court, consisting of five male justices. But none of the books have a photograph from the Supreme Court with female justices. Two of the books refer to the social justice protests of 2011 and show photographs of the demonstrations. None of them mentions that two young women, Daphni Leef and Stav Shaffir, were among the chief organizers of the protest movement, nor do any photographs of them appear in the books.

Another aspect of visibility relates to which women are depicted in photographs. Many of the images in the books present women as needy: elderly and poor women, rummaging for food in garbage cans. Others are depicted as being active in social-welfare realms: a hospital nurse; Irit Rosenblum, head of the New Family organization; the journalist Orly Vilnai. There is hardly any visual representation of women who are leaders, hold senior positions or are doing groundbreaking work. Thus, although the late legal scholar Prof. Ruth Gavison is much quoted in the books, her photograph does not appear in any of them.

The five textbooks are replete with men but mention only a small number of women in the political, judicial, academic, economic and cultural realms.

In two areas, however, the representation of women is actually higher than that of men. The first is of women who are active on behalf of the needy and marginal groups, those who do not operate at the center of the consensus. One of those mentioned, for instance, is Ghaida Rinawie Zoabi, an activist seeking to empower the Arab local governments, who is now a Knesset member from Meretz; and Vicki Knafo, a social activist from the town of Mitzpeh Ramon in the Negev.

The second sphere where women’s representation is higher is the struggle for gender equality, in which those cited include Alice Miller, who gained fame in the 1990s when she fought to be accepted to an air force pilots course, and Leah Shakdiel, who successfully petitioned the High Court of Justice for the right to serve on the religious council of the Negev town of Yeruham, where she lives.

The examination of gender representation in the five civics textbooks found that the public space – law, politics, academia, culture and media – is male-dominated. However, the private space, that of the family, is represented by women. This is expressed visually by the depiction of women as needy, passive or doing “maternal” work. This, for example, is how the wife of one of the prime ministers is depicted – standing behind her husband – while other photographs show women carrying children, a female caregiver in a kibbutz children’s house, Mother Teresa, a hospital nurse, a female soldier-teacher and as noted, poor women poking through garbage for food.

According to declarations by the supervisors of the civics curriculum, its goal is to orient students to constitute, as adults, a driving, active force in the social, political, judicial and democracy-related realms. An analysis of the findings shows that the covert messages in the textbooks orient the students to understand that the public space is not intended for women, and that the center of democratic activity is reserved for men. Women’s roles, as they emerge from these textbooks, are mainly to be socially active, support the needy and fight for the right to equality. Even more surprising is that three of the five books were written by women, and that one book, written by a man, had a woman as an adviser on gender. Do girls who encounter these textbooks receive encouragement to be active, and to believe that they can break the glass ceiling and advance, in the central spheres of life?

A 2017 Education Ministry document states that one of the goals of the civics curriculum is to equip students with “binoculars, a map and a compass.” If this content constitutes the binoculars, map and compass for the exploration of civics, the education minister, Dr. Yifat Shasha-Biton, would do well to review them thoroughly.

Another recommendation for the education minister is to set in motion a broad examination of textbooks in all subjects, from elementary school through high school, in which additional findings, no less grave than those presented here, will emerge about the representation of weak population groups and the exclusion of important and central issues from the textbooks – reflecting curricula in dire need of an overhaul.

Time and again, the occupation with education, both before the coronavirus pandemic and in its wake, mistakenly focuses largely on organizational matters – the transfer of power, the number of children per class, technology – and consistently misses the crucial need to look at pedagogy and the content of the education. It’s not only the minister who should have a look at the textbooks, but parents too, to discover how the world is presented to their children. Don’t make light of this presentation. It shapes their perception of reality for the long term, and it needs to be revised. 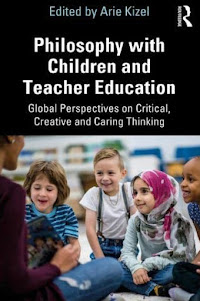